Would you rather? This or that? What's your favorite? Let's have fun!
Reply
Share topic

-  6 months ago #53416
I have lots of stuffies! I have Dumbo my pink elephant, Sebastian my alpaca, Caramel the bear, BunBun the bunny, Ashlyn the unicorn, Ryuji the kitsune, Charlie the Llama and Albert the octo!
Show post links

By Deleted User 55993 -  5 months ago
-  5 months ago #53449
My teddies aresies a blue baby bear called lullby (like lullaby) and a blue elephant with pink foots called pinky toes. Theys sits nexts to my pillow and watch the rooms whiles I sleepsies.

, use me to please herself

-  3 months ago #53833
I have lots and lots of stuffies! I have a fuzzy rainbow alpaca named Bob Ross, a horse named Brownie, a biiiiiiig old bear named Jesse, and lots more! I love every single one of them.

-  2 months ago #53890
Right now most of my stuffed friends are trapped in storage, but I do have with me, Hurleysaurus Rex (Hurley for short) the Squishable t rex, Manuel the Squishable manatee, Pablo P Pufferfish the Squishable (you guessed it) pufferfish, Axl Round the Squishable axolotl, Happyphant the baby elephant, Morrie the moray eel, Kevin the cuttlefish, Pride Carl the rainbow leopard, Small Carl the lynx, Norbert the doggo (he came with his name though), Sir William Whalington the blue whale, Kiki the capybara, Dip and Gurgle-Gurgle the octopodes, and an anteater and a wombat I can't think of good names for. I also have His Royal High Hipponess Sir Buttercup XVII the hippo, but he's giant and stuck in storage, sadly. And I have a bunch of plush cats that look like my actual cats past and present; they don't have names beyond "stuffed ______ ". One of them is actually Crookshanks from Harry Potter, but we call him Spencer after the cat who looked just like him. And my big Isabelle from Animal Crossing! I also had Tom Nook but I donated him to a toy drive. I hope he found a nice home! And Pinkie Pie and Bulbasaur.

I also have some that date back 30 years or so. Trixie the t-rex (I'd go back into a burning building for him), Chub and Penny the penguins (I did not know what "Chub" was slang for as a child and no one corrected me, okay?!), French Fry the poodle, Sammi the skunk, Fleurette the baby leopard (whose nose has been missing for 27 years...I keep meaning to get that fixed), Melissa the doggo and probably others I'm forgetting about.

...I may have too many, but I'm not about to stop now!
Show post links 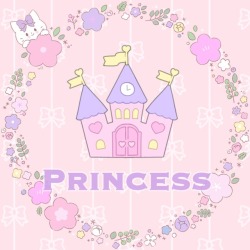 So I'll just list the names of my favorites. don't tell the others! There's Princess Sparkles. She's from Build-a-Bear, is blue and pink (with purple satiny ears), and she smells like cotton candy. I made her a year ago. She's my absolute favorite. Then there's my Darth Vader Build-a-Bear. I got him from a secondhand shop. Also I have a white bunny named Binky, called that because of this jump bunnies do when they're very happy, a 'binky.' She's very soft. And lastly I have a smaller, pink bunny named Pinky.
Show post links

I also have Finny, my puppy-baby (I posted pics of him on here before), and I carry my Alastor plush with me all over the house. ^^ I also have a pink tentacle kitty named Davie, and a vintage purple-shelled turtle named Checkers that I got when I was VERY young from one of my great-grandparents; for all the times we've moved, I'm surprised he's never been lost.
Show post links

Oooo I have too many to remember them all! But I h[…]

Hi LittleLolifur! I bought a 2-pack from the br[…]