Caregivers, Mommies, Daddies, adult babies, middles, babyfur, diaperfur, and all other Bigs and littles discuss regression, relationship dynamics, have open group conversation, share experienced advice, and exchange ideas to help one another grow in knowledge.
Note: Personal ads are NOT permitted.
Forum rules: This section of the site is for open, group conversation and public discussion topics within the community.

StormyOwlet wrote:"Stormy" is because I am a weather forecaster, and so I love the weather. Beyond that, however, I just love the power, majesty, and tranquility that storms bring. I love to play in the rain if i can.

"Owlet" is for two reasons. The first is that I love owls, and I often see my littleself as an owlet. The second is that my favorite stuffie is a small owl whose name is Twilight.

I like your name and the amount of thought you put into it. That you also made it represent yourself, as a person. Its cool that you even thought about your stuffie when making your username.

winnibee wrote:I tried to make my username a bit of a play on words! The "winni" part is Winnie which is my nickname (yes like Pooh lol). The "bee" part just sounded cuter than "be". It's supposed to be a play on words of "wanna be" or "wannabe". I just thought it sounded kinda cool. It's really interesting reading all the username breakdowns!!

That so cools, you used your nickname and it works, that and its very cute.

I know its really interesting reading all the username breakdowns, thats why I wanted to make this original question.

Elvie wrote:I use Elvie because my username on a lot of other sites is two words with the initials "LV" and I kind of got used to that, and also I just think Elvie would be kind of a cute name in general. I've gotten kind of attached to it even though I don't use it IRL.

Its very cute your username, and as long as it makes you happy who cares if you don't use it in IRL.

rosehearts wrote:I got my username from a character from a game I play, Riddle Rosehearts from Twisted Wonderland. Twisted Wonderland is my current hyperfixation (it's a Japanese mobile game made by Disney and the Black Butler artist wrote the story and made the characters, there is an official English version on the US app store if you're interested but the official tls suck so I stick to the fan ones) and I'm similar to Riddle in a lot of ways and he's my icon everywhere, to the point I am very much associated with the character online. Heck, Riddle has become my nickname among certain friends and in certain circles. He's also the character I draw the most (I draw mostly fan art lmao) and the character I write about the most in fanfiction as well.

Thats so cools, I will look into that game. And its drawn by the Black Butler artist? I must see it thens.

Rileyinthesunshine wrote:Mine is my name and a line from my favourite Boards of Canada song

So simple yet sometimes the simple names can make someone so happy. And when I see your name the song "Your my sunshine" Sometimes plays in my head.

Bxnny cause I’m hardcore/jk, I just find it fun taking vowels out of usernames (^ω~)
Tbh bunny is just one of the nicknames I love being called when regressed, I was thinking of changing my name to this tho! I almost did but it felt wrong having everyone call me bunny cause I guess for me the name helps me regress and I didn’t want to be regressing around everybody or like at work or stuff 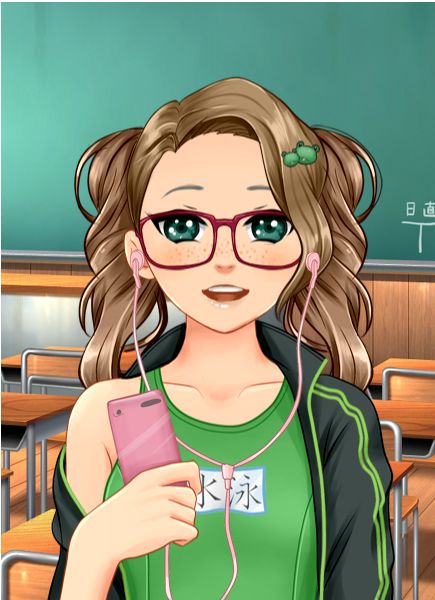 By Deja -  3 days ago
-  3 days ago #58055
I've used Deja as my online name for many years on mmorpg and other websites. It is nothing like my real name. My first use was on Perfect World International where my first character was DejaVecu. I went on to name my first several characters all Deja something. I met my current husband in that game and often in the beginning he would call me Deja in real life.

By shiningstar22 -  2 days ago
-  2 days ago #58065
Shining star for an artist I love, her name in Korean is Moon and Star, and her eyes when you see them shine like two stars. And 22 is for her birthday date. She's a whole inspiration for me

My daddy rocks my world <3

By littlebluebunny4 -  5 hours ago
-  5 hours ago #58079
Well the breakdown of my username is something like this
Little, my regression age is what I consider really little. Blue is my favorite color And bunny is my favorite name to be called when regressed

These are the things you need to think through bef[…]

Well the breakdown of my username is something lik[…]

Here's a site I found with lots of selection, but […]